L.A. and The Bay (Food Edition)

It’s a battle as old as time–Los Angeles against the Bay Area. For as long as California natives can remember, L.A. and the Bay have always been rivalries, from sports, to music, and even food. But the cultures of So Cal and Nor Cal differ due to the history of the Golden State. For those of you unfamiliar with our state’s history, here’s a quick lesson.

Before California became part of the United States in 1847, it belonged to Mexico. The Anglos conquered California, just as they did every other part of the country, and the Gold Rush of 1848 brought an influx of settlers. Asians and Mexicans led this immigration wave. More Asians resided in the Bay because of it’s proximity to their country. Mexicans were already here but most resided in Los Angeles because of the proximity to the border. As work grew and so did the state, immigrants flooded into California, now placing our lovely Golden State as the number one largest state by population. So, here we are today with a very diverse state full of different cultures that play into the types of foods you can find.

The focus of this article is food. And now that you have a brief history of California, it’s time to get into the diverse food cultures of the Bay and L.A.

Although Northern Californians will claim that Mexican food in the Bay is the best, don’t believe them. Those people have never tried Mexican food in Los Angeles. Being so close to the Mexican border, Los Angeles ultimately has the best Mexican food, with a Chicano spin. (Chicano is a term Mexicans who live in California call themselves.) If you’re in So Cal and wanna hit up some bomb tacos, Tito’s Tacos is the way to do it.

Okay so Asian food can mean any type of Asian food–Vietnamese, Japanese, Chinese, Thai, Pacific Islander, the list goes on. The Bay is known to have amazing Asian food because of the heavy Asian population, from Thai food to Hawaiian and the best Pho you can think of. On the other hand, Los Angeles is always widely famous for it’s delicious Asian cuisine. With a Chinatown in both L.A. and the Bay, Little Tokyo and Korea Town in Los Angeles, and Japan Town in San Jose, you really can’t miss out on any types of Asian cuisine in both places. You may want to head to Ramen Shack Takumiya next time you find yourself in Gardena. 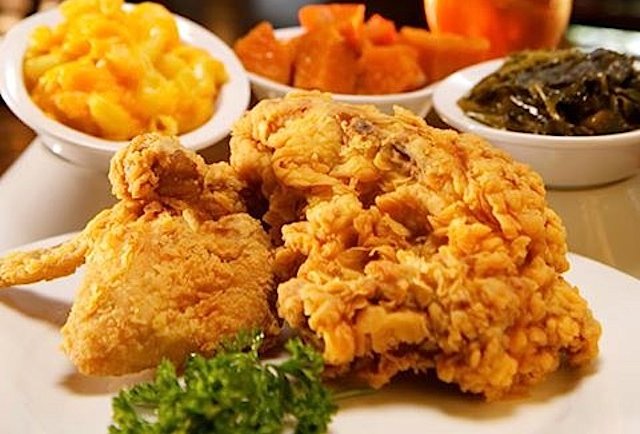 My favorite! Soul food is very popular in many Southern states, but it is also well-known on the West Coast. While the Bay may not have So Cal’s famous Roscoe’s House of Chicken and Waffles, there are some amazing soul food places to eat in the Bay Area, such as Lillie Mae’s House of Soul Food located in Santa Clara. If you want to know the history of Soul Food and how it came to California, check out our Soul Food article.

Lasagna, pizza, tortellini, spaghetti! Italian food is heavy in culture and tradition. There is a “Little Italy” in the Bay that has authentic Italian restaurants anyone can enjoy. East Coast would by far swipe us off the map with authentic Italian food but us on the West Coast can still say we have some delicious Italian cuisine in both the Bay and L.A. You can head to Little Italy in San Francisco, located in the North Beach District, and eat at the Italian Homemade Company and eat some spaghetti and meatballs.

So diverse yet so close in proximity. Indian food can be found all over the Bay and in So Cal. You can find Indian in the Bay like San Jose and San Francisco, all the way down South to Los Angeles. From savory chicken curry to delicious lamb kabobs, there is really no place you can go where you won’t find some type of Indian cuisine.

Food is everywhere. You can’t go wrong with any type of food in the Bay or in L.A. So be a foodie and go out in the world and explore, try new places and learn about the cultures of the food. You’ll be surprised just how many different flavors and history make up the dishes you can find here are on the West Coast.

Think I missed something or want to add anything? Leave a comment down below.